The Very Hungry Caterpillar is now a live show and we could not be more excited! Running now through Febuary 4th this live producion includes new stories 10 LITTLE RUBBER DUCKS and BROWN BEAR, BROWN BEAR during its 50th Anniversary Celebration! 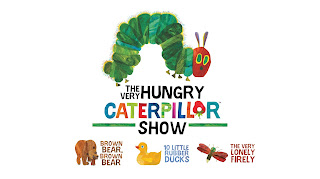