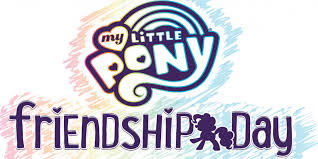 With more than 30 years of rich storytelling founded in the values of kindness and acceptance, the MY LITTLE PONY franchise from Hasbro, Inc. (NASDAQ: HAS) continues to illustrate the power of friendship and fun that resonates with fans around the world. To celebrate this year’s International Day of Friendship on July 30th, the MY LITTLE PONY franchise is kicking off a global social movement with the release of two beautiful video montages and on-ground events around the world that focus on the socially relevant message of friendship. 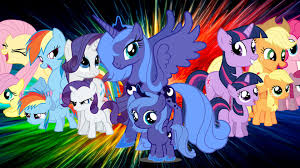 “Friendship transcends age, gender, geography and background,” said Tyla Bucher, VP Franchise Lead, My Little Pony, Hasbro. “As we work to celebrate friendship across every aspect of the MY LITTLE PONY brand, we’re proud to continue to support and celebrate the International Day of Friendship. We hope this program brings people together as they are reminded of how special and important friendship is to everyone around the globe.”

Launching on July 30th in the U.S., Hasbro will support a weeklong custom Snapchat Lens that brings the Mane 6 right to the Snapchat community. Lenses offer Snapchatters the ability to apply real-time effects and sounds to their selfies – the Mane 6 will become part of the communication on Snapchat in an interactive, fun, and personal way. In this case, Hasbro is supporting an interactive World Lens – when users flip their camera away from their face to the rear-facing lens, the Ponies’ homeland of Equestria appears. Users can move their camera around to see their favorite characters brought to life on their device.

Making the most of International Day of Friendship, the MY LITTLE PONY brand is also hosting friendship day events around the world in 12 different markets including the United States, Italy, Brazil, Taiwan, United Kingdom, Russia, Mexico and Singapore. In the U.S., every pony is invited to the Mall of America in Bloomington, MN to enjoy a “Celebration of Friendship” featuring multiple experiential MY LITTLE PONY themed events. Fans in Italy, Taiwan and Singapore will celebrate friendship with fitness as Friendship Runs are planned in all three markets. In Brazil, everypony will celebrate Dia Da Amizade with an outdoor event and Friendship Bus Tour. Generosity is key in the UK, where fans will give the gift of friendship with a special Buy One, Give one promotion in partnership with a local charity and BFF accessories designers Pop & Suki.


Giving fans even more reasons to celebrate the International Day of Friendship, Hasbro will release its new line MY LITTLE PONY toys that day. Inspired by characters and adventures from Lionsgate’s upcoming MY LITTLE PONY: THE MOVIE, the new line of toys and figures features the beloved Mane Six as well as new characters. In MY LITTLE PONY: THE MOVIE, a new dark force threatens Ponyville, and the Mane Six – Twilight Sparkle, Applejack, Rainbow Dash, Pinkie Pie, Fluttershy, and Rarity – embark on an unforgettable journey beyond Equestria where they meet new friends and exciting challenges on a quest to use the magic of friendship and save their home. The film opens in theaters on October 6 and features an all-star cast with Emily Blunt, Kristin Chenoweth, Liev Schreiber, Michael Peña, Sia, Taye Diggs, Uzo Aduba, and Zoe Saldana, and Sia who also performs an original song for the movie.

About Hasbro:
Hasbro (NASDAQ: HAS) is a global play and entertainment company committed to Creating the World's Best Play Experiences. From toys and games to television, movies, digital gaming and consumer products, Hasbro offers a variety of ways for audiences to experience its iconic brands, including NERF, MY LITTLE PONY, TRANSFORMERS, PLAY-DOH, MONOPOLY, LITTLEST PET SHOP and MAGIC: THE GATHERING, as well as premier partner brands. The Company's Hasbro Studios and its film label, Allspark Pictures, are building its brands globally through great storytelling and content on all screens. Through its commitment to corporate social responsibility and philanthropy, Hasbro is helping to make the world a better place for children and their families. Hasbro ranked No. 1 on the 2017 100 Best Corporate Citizens list by CR Magazine, and has been named one of the World’s Most Ethical Companies® by Ethisphere Institute for the past six years. Learn more at www.hasbro.com, and follow us on Twitter (@Hasbro & @HasbroNews) and Instagram (@Hasbro).