LegoLand Is have a Batastic array of amazing events for the release of the equally amazing Lego Batman Movie coming out this February!  Make Sure you book your tickets ahead of time! 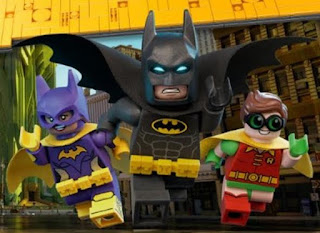 "Yonkers, N.Y. (January 26, 2017) – Super Hero. Crime-fighter. Master Builder. LEGO® Batman™ is all of those and so much more. With the scene-stealing star of The LEGO Movie returning in his very own, highly anticipated big-screen adventure, The LEGO Batman Movie, from Warner Bros. Pictures and LEGO System A/S, LEGOLAND Discovery Center Westchester will join LEGOLAND® Parks and LEGOLAND® Discovery Centers around the world to celebrate the Caped Crusader with The LEGO® Batman™ Movie Days, held at the Ridge Hill attraction from February 11-19.

Developed with The LEGO Group and Warner Bros. Consumer Products, The LEGO® Batman™ Movie Days promise epic fun for kids and families, with everything centered on the beloved crime- fighter who claims he “only works in black. And sometimes, very, very dark gray.”

LEGOLAND Discovery Center Westchester is located at Ridge Hill, 39 Fitzgerald Street in Yonkers. They can be reached at 866-243-0770 or by visiting www.LEGOLANDDiscoveryCenter.com/Westchester. For the latest news and updates, follow @LDCWestchester on Facebook, Twitter and Instagram.

About LEGOLAND® Discovery Center Westchester
LEGOLAND Discovery Center Westchester is a 32,300 square-foot indoor attraction featuring millions of LEGO bricks. Its range of educational and interactive elements appeal to a wide range of ages, with a focus on children ages 3-10. The attraction features classes led by Model Builders to engage the minds of its young visitors, two LEGO rides, a new 4D LEGO Movie, special birthday party rooms and MINILAND — the venue’s signature re-creation of landmark locations and buildings throughout Westchester County and New York City, made entirely out of LEGO bricks.

About The LEGO® Batman Movie
In the irreverent spirit of fun that made The LEGO® Movie a worldwide phenomenon, the self-described leading man of that ensemble – LEGO Batman – stars in his own big-screen adventure.  But there are big changes brewing in Gotham, and if he wants to save the city from The Joker’s hostile takeover, Batman may have to drop the lone vigilante thing, try to work with others and maybe, just maybe, learn to lighten up.

About DC Entertainment
DC Entertainment, home to iconic brands DC (Superman, Batman, Green Lantern, Wonder Woman, The Flash), Vertigo (Sandman, Fables, etc.) and MAD, is the creative division charged with strategically integrating across Warner Bros. and Time Warner. DC Entertainment works in concert with many key Warner Bros. divisions to unleash its stories and characters across all media, including but not limited to film, television, consumer products, home entertainment, and interactive games. Publishing thousands of comic books, graphic novels and magazines each year, DC Entertainment is one of the largest English-language publishers of comics in the world.

About the LEGO Group
The LEGO Group is a privately held, family-owned company with headquarters in Billund, Denmark, and main offices in Enfield, USA, London, UK, Shanghai, China, and Singapore. Founded in 1932 by Ole Kirk Kristiansen, and based on the iconic LEGO® brick, it is one of the world's leading manufacturers of play materials.

Guided by the company spirit: "Only the best is good enough”, the company is committed to the development of children and aims to inspire and develop the builders of tomorrow through creative play and learning. LEGO products are sold worldwide and can be virtually explored at www.LEGO.com.

For more news from the LEGO Group, information about our financial performance and responsibility engagement, please visit http://www.LEGO.com/aboutus.

About Merlin Entertainments PLC
Merlin Entertainments plc (LONDON: MERL) is a global leader in location-based family entertainment. As Europe's No. 1 and the world's second-largest visitor attraction operator, Merlin now operates more than 100 attractions, 13 hotels and five vacation villages in 24 countries and across four continents. The company aims to deliver memorable experiences to its more than 60 million visitors worldwide through its iconic global and local brands, and the commitment and passion of its approximately 27,000 employees. Visit www.merlinentertainments.biz for more information.

THE LEGO BATMAN MOVIE © & ™ DC Comics, Warner Bros. Entertainment Inc., & The LEGO Group.  All Rights Reserved. (s17).  LEGO, the LEGO logo, the Minifigure and the Brick and Knob configurations are trademarks and/or copyrights of The LEGO Group. © 2017 The LEGO Group. Used with permission. All rights reserved.