Rudolph The Red Nosed Reindeer the Musical Is LIVE at MSG Theater for a limited run! 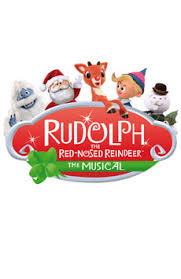 For most of us, Rudolph and his band of misfit friends is a holiday classic that we look forward to watching every year. Well this year we are pleased to announce that not only is it available to watch on the T.V. as per tradition, but has also been brought to life as a wonderful live musical! This limited run show brings the story we all know and love from the screen to a full filled action packed live show that stays true to its origins. 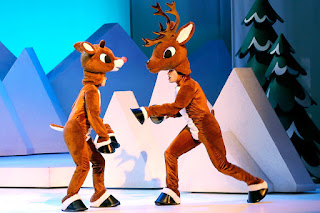 The cast and crew of this show put on a spectacular performance on opening night, mixing li
ve actors with puppetry, as well as digital effects, which gives you an original experience that touches upon the beloved television special’s Claymation effects. The set is a simple snow filled backdrop, with some props here or there to show the change of scenes. Puppeteers and crew hands dressed all in white go almost incognito amongst the scenes pushing around props and puppeteering playful raccoons, as well as pushing” iceberg’s”, while the main cast sing and dance to music that is faithful to the original. The cast sings such favorites as “Misfits” and “Holly Jolly Christmas” almost as perfect at the originals that you cannot help but sing along with the well-known tunes. Even the voicing of the actors matched the original TV series almost perfectly! I could not believe it! The costumes themselves have the faces of the actors showing, yet are produced in such a way that they look almost cartoon like. Staying consistent with the creators “true to the original” mission statement of the show.
The puppets too- are a beautifully made to match the original version, and simply beautiful. From the little raccoons that scatter around after Rudolph to the massive Bumble who is the size of the stage itself the quality of these props could be seen from any seat you were in. 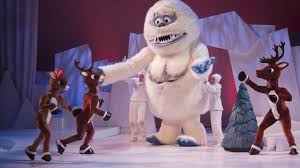 Sometimes, as an adult you take your child to these live renditions because you want to create a special memory for them- but in your gut you know that you as an adult may not be as thrilled as they. Let me tell you something not only was my son thoroughly enthralled with the performance- I mean seriously he did not move the whole entire time, but myself and my mother were just as amused. We sang along, and sat perfectly content as the amazing cast performed.
So if you had any doubt on whether or not this is a performance to trek out to see, I can guarantee you that this one is not to be missed, the whole family from 2-99 will enjoy it!