Worldwide Day of Play is part of Nickelodeon’s ongoing health and wellness efforts and continues the network’s legacy of promoting pro-social initiatives to its viewers. Kids and families can visit http://www.nick.com/play to find photos and videos from “Road to Worldwide Day of Play” events, get tips on the ways to celebrate play and access toolkits to help plan their own Worldwide Day of Play activities.

Earlier this year, Nick kicked off its “Road to Worldwide Day of Play” initiative, a summer-long celebration of play that made stops across the country to empower kids to get up and get active. Events were held in partnership with the Andre Agassi Foundation for Education; Boys & Girls Clubs of America; NFL PLAY 60  and the Jacksonville Jaguars; Derek Jeter’s  Turn 2 Foundation; and Dwyane Wade’s Wade’s World Foundation. 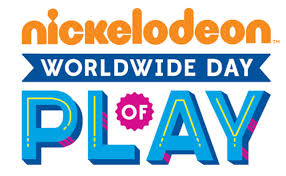 "NICKELODEON CELEBRATES ALL THE WAYS KIDS PLAY WITH ITS 13th ANNUAL
WORLDWIDE DAY OF PLAY AND A SLIME-FILLED BROOKLYN EVENT,
SATURDAY, SEPTEMBER 17 10am-2pm