Portal Masters there is two great announcements that happened this week! One is that there is a great line of Happy Meal Toys in the Skylanders Superchargers line available right now! They are really cute- definitly worth a trip and a treat! The second is that there is a Skylanders Netflix show that will be released this fall. Yep it is happening and it has a great voice cast, including the amazing Susan Sarandon, as well as being produced by one of the greats from Futurama-Eric Rogers, The show titled Skyander Academy will be a sure fire hit for all our little portal masters! Cannot wait! For more official information check out below! 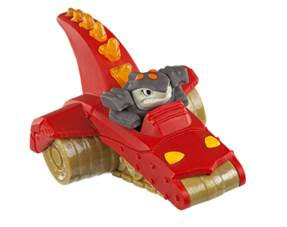 "Activision and McDonald’s are excited to unveil six new toys inspired by Skylanders SuperChargers favorites that are landing in Happy Meals boxes across North America! Starting yesterday through July 5th, Portal Masters can collect six different characters equipped in sky, sea and land vehicles, including fan-favorite SuperCharged pairings from the game such as Gill Grunt in Reef Ripper, Spit Fire in Hot Streak, Jet-Vac in Jet-Stream and Nightfall in Sea Shadow. 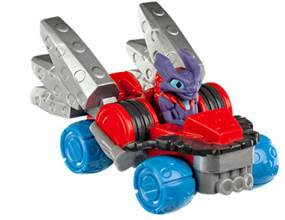 
“Over the last five years, millions of families around the world have welcomed Skylanders® characters into their homes. Now, they’ll be able to watch their favorite characters come to life on Netflix,” said Bobby Kotick, Chief Executive Officer of Activision Blizzard. “We couldn’t have found a better home for ‘Skylanders Academy’ and look forward to sharing our extraordinary characters with Netflix audiences around the world.”

The series follows the heroic adventures of the Skylanders team, a group of heroes with unique elemental skills and personalities who travel the vast Skylands universe, protecting it from evil-doers and showing the next wave of Academy cadets how to do things the “Skylander way.” Created by Toys For Bob, the $3 billion Skylanders franchise has sold through more than 250 million toys since pioneering the toys-to-life category in 2011, and earlier this month Activision revealed Skylanders Imaginators,™ the latest innovation in the franchise.

“‘Skylanders Academy’ gives us the opportunity to approach narrative storytelling with the same level of quality and excellence that millions of Skylanders fans have come to expect from the game,” said Activision Blizzard Studios Co-President Stacey Sher. “We’re inspired by our fans’ excitement for these characters and have worked hard to bring these characters to life with stories our fans will love.”

Activision Blizzard launched its studio last year to create original content based on the company's intellectual property, and “Skylanders Academy” is the first production by Sher and studio Co-President Nick van Dyk. The two-season Netflix partnership is another important step in Activision Blizzard’s strategy of enhancing its franchises and broadening their appeal.

Sher and van Dyk are joined by Sander Schwartz, the Emmy award-winning producer of animated hits including “The Batman,” “The Aquabats! Super Show!” and “Justice League: The New Frontier,” as the show’s executive producers. “Skylanders Academy” is animated by the internationally acclaimed TeamTO studio in France.

“Activision Blizzard Studios' enviable mission is to work with our extraordinary portfolio of franchise intellectual property and bring it to broader audiences on new platforms,” said van Dyk. “We’re excited to reach this strategic partnership and for the future of ‘Skylanders Academy.’”
Posted by Maureen Jenny Aucone