Toys 'R 'Us Has Has The Force! And Toys! Plus Sneak Peak Of SpinMaster's Line Of Toys! 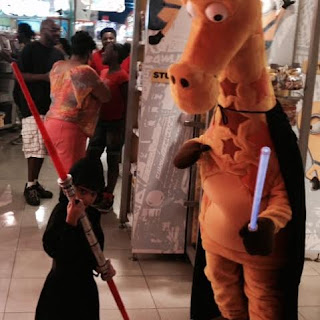 Today we went to the mega event that Toys 'R 'Us had for the unveiling of the new line of Star Wars Toys. Boy did they do it right. Throughout the store you got a chance to see collectibles from the original line of toys-some of them really rare.   Geoffrey the Giraffe was decked out in Star Wars gear- and there were areas all over the store with sneak peaks of the toys to come at 12:01 am.  You got to  make your own Wookie Cookies, build a Star Wars Lego mini kit and best of all have a one on one session with the New York Jedi Academy- who are amazing!  All of this to celebrate the most amazing thing to happen in the 2015 year- the release of the new Star Wars movie!   People lined up outside the Flagship store for the 12:01 re-opening and to get their hands on the most amazing toys to be added to the line in recent years. 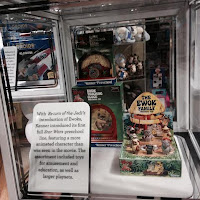 When I asked people in the line- who started lining up at 5pm why they felt the need to be there at 12:01, the answer was simple really. "Because it's Star Wars Man" David Huttly of Long Island said. Most of the people on line were adults and Steve Johas of Yonkers NY said:
"For us, this is a way to relive our childhood. Star Wars has been such a huge part of our lives and for the world to understand that this is such a big deal- it means so much to us. That they have a event like this. Well it means a lot.  There is nothing that would keep me away from this line."
I had a follow up question for the father of four, "So is this for you or for your kids that you are here?"

"I want to say to it is for the kids, but really its for me.  I have shared the older movies with them, I have my old toys for them to play with, and we have a real bond because of the franchise.  This new movie is going to be so exciting for us. I cannot wait to see the look in their eyes when they see this movie on the big screen, I cannot wait to see it with them and experience it for the first time with them, it is going to be something I treasure for the rest of my life." 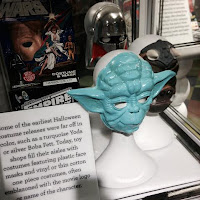 "Did you take your children in the store today- I see that you are alone on this line"
"Yes, We went in and did all the activities my wife just took them home. I told them I had to go back to work" he chuckled "There was no way I was going to not be here for the unveiling.  I think it is really something special the way that Toys'R"Us has handled this. They really respected the fan base and the franchise by having such a wonderful event, it was really a great experience."

I ended our conversation with a shake of the hand and a good luck to him on his future Star Wars shopping venture.

What he said really struck a cord with me because I know that the majority of people on that line feel the same way.  The love for Star Wars goes deep with those who follow the series. It is one of those movies that can bring people together that would have nothing else in common. The event that Toys'R'Us had was very special because it gave them a look into the past of the franchise, it gave us a peak into our childhood, and got everyone excited for what's to come.

Right now I have a quick little sneak peak brought to you by Spinmaster- who has one of the MUST HAVE items of the year, and I am not just saying that, So enjoy this little peak, and I will update as more toys are unveiled! Thank you Toys'R'Us for being such a gracious host, and for doing this amazing event for all the fans out there- from what I heard from the crowd they really appreciate it.

"Spin Master Corp., a leading global children's entertainment company, is proud to launch a variety of innovative new toys and games based on the classic Star Wars saga. The line of toys offers something for Star Wars fans young and old – read on for more details.

Standing 16” tall, Legendary Yoda’s lifelike movements and voice recognition make it possible to train with the Jedi Grand Master like never before. Through Legendary Yoda’s three modes – Force, Wisdom and Warrior – young Padawans can train to use the force, speak directly to Yoda to hear him speak classic words of wisdom and watch as the fan-favorite character battles with his lightsaber. Yoda is transported from the big screen to homes with this interactive product. MSRP: $179.99 USD. 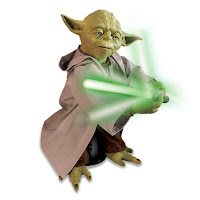 Spin Master has also introduced new Air Hogs products that allow Star Wars fans to travel to their own far away galaxies. These highly innovative and detailed remote controlled vehicles include some of the most iconic vehicles from the franchise: 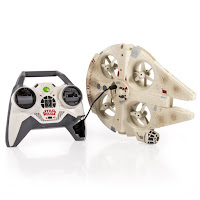 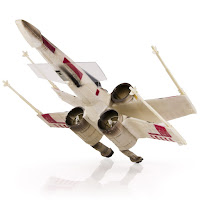