ALVIN AND THE CHIPMUNKS: LIVE ON STAGE


Our favorite chipmunks are going on tour and you and your family get to see them live!  Make sure to catch them this fall for this must see live event. We sure will!  Oh and make sure to check out the new series on Nickelodeon!

For more information and to buy tickets go to the official website! 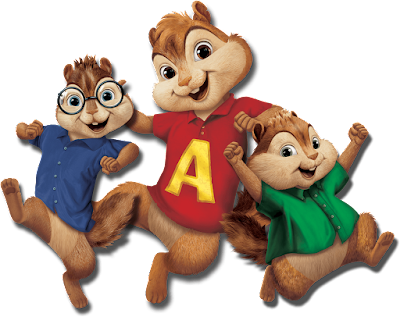 "Twentieth Century Fox Consumer Products and Iconic Entertainment Studios announced today that ALVIN AND THE CHIPMUNKS: LIVE ON STAGE!, a brand new, music-filled interactive live show, will take the stage, touring 50+ cities nationwide for a total of 80 shows, kicking off October 5th in Toronto, Canada. The world’s most famous chipmunk trio – accompanied by the Chipettes – will delight fans of all ages with LIVE performances that will feature world-class production, music, special effects, and immersive interactivity to encourage audience participation.

Based on the characters from the hit Twentieth Century Fox movies, the show will bring the music and excitement of a live rock concert to life as the Chipmunks perform hits by One Direction, Maroon 5, Carly Rae, Jepson, Elvis Presley and more! Join the Chipmunks on a wild musical journey singing and dancing their way across America. With the Chipettes as their opening act, Alvin and the gang plan a big charity concert to save Woodstock. There’s plenty of excitement and laughs along the way as they kick it old school at a break-dancing competition in Chicago, shake rattle and roll at an Elvis convention in Las Vegas and kick up their boots at a hoedown in Nashville.  Chipmunk fans of all ages will experience the laughs, music and adventure LIVE on stage!

About Iconic Entertainment Studios: Iconic Entertainment Studios is Michael Cohl’s diversified international family show and event entertainment company specializing in the acquisition, development and production of high caliber touring exhibitions, unique live music tours and events, theatrical performances, and consumer and multimedia product offerings. Clients have included The Rolling Stones, U2, Pink Floyd and many others throughout the world.  Current and recent productions include: Barbra Streisand, David Gilmour, Spider-Man: Turn Off the Dark, The Marvel Experience, Rock of Ages, An Evening with Al Pacino, A Night with Janis Joplin, Super Why!, Rudolph The Red Nosed Reindeer and Alvin and The Chipmunks.

Email ThisBlogThis!Share to TwitterShare to FacebookShare to Pinterest
Labels: ALVIN AND THE CHIPMUNKS: LIVE ON STAGE, Nickelodeon, Tour