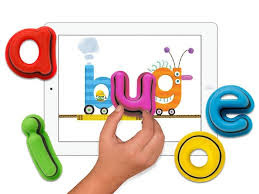 What can I say about Tiggly? Quite a lot actually thank you for asking.  This company is not only on the cusp of the wave of interactive apps- they are innovating it.  With each new release they raise the bar for other companies so high they do not even have to limbo to get under it- they can just walk on through. 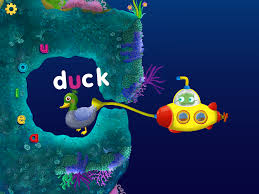 With previous games already on the market- Tiggly Shapes and Tiggly Numbers- all very well received,
Tiggly Words is bringing their world to a whole different age group as well as genre.   For ages  4-8 your child will begin or continue their education of phonics, word building, nouns and verbs, as well as  long and short vowel sounds.  All you need are the silicone letters a e I o u and the apps and you are on your way!
Tiggly tales sets your child up with two letters that have a space in between.  For example H_g using the vowels provided your child will fill in that blank space and thus creating a word.  Once the word is correctly completed the object or action you spell out comes to life right before your eyes!
So if your child spells HUG then the Tiggly mascot pops up and hugs the letter U. Spell HAG and a witch flies by.  Fill in a letter that does not spell a word and a spring pops up underneath it and pops it away.  When each letter is spelled the app says the word allowed as well as displaying the animation reinforcing the pronunciation as well as what it is spelling at the same time.  You can also interact with the animation which adds the fun factor  of the game.

Tiggly Submarine has the mascot driving in a submarine and getting into all kinds of spelling mischief.  Swim towards an octopus and help feed him by pressing the letters down on the screen.  C is for celery and alike float on and find fun caves that also show words that start with the letter provided a is for ax and so on.  You can help free a stuck child by filling in the right letter and even be swallowed by a shark! 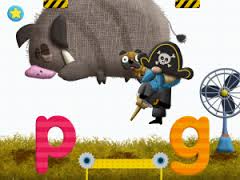 My sons personal favorite is the Tiggly Doctor.  You see two very sick patients in the waiting room as well as one boy reading a magazine happily.  Pick on one of the sick fellows and play the doctor healing  them by filling in letters of procedures like PIN (ing) a broken bone or EXTRACTING a worm from someone's head.  How that worm got there I have no idea but boy I am glad we could help. The boy reading  magazines usually has the large words that need several letters and he sounds them out with each letter placed... On his tongue.  Yes along with a very large vocabulary this young man has a very large tongue as well. He will always give the definition of the word before they sound it out and then use the word in a sentence after it has been completed.
Each of these apps use the letters completely differently yet all yeld the same results  - learning. Each are clearly aimed towards different age groups however hold a unique ability to entrance every child who play.  The astecics of the apps as well are very different.  Tiggly Tales has a very clean and crisp almost minimalist style about it. The reason of course is to keep the focus on the words, how they are pronounced and the visualization of that word in the animation that appears .  Tiggly Submarine in comparison is a theme park of colors and sea life.  Bring your sub closer to the surface and the water lightens, down closer to the sea floor and it gets darker. A flawless change that is not only accurate in true life but a slight detail that shows the time and effort put forth in the making of the app.  Tiggly Doctor has a very texture world.  Yarn, fabric and alike cover all areas of the game.  The almost slapstick narration is reminiscent of old time comedians.

The interaction in each of the three games are unique yet similar in agenda.  Placing the physical letter on the screen enables the child to use their problem solving skills off screen before linking it up to the tablet.  The reaction of pronouncing the word before the screen jumps into the animation let's them hear before seeing visually which helps them use their minds eye to put the letters together first.  The animation reinforces those two previous steps while engaging them.  The difference between this app system and others is that your child knows they are learning and are still having fun.
The apps perform flawlessly as do the letters whose magnetic dots are instantly recognized by the app and integrated to the game.  You can buy the game on Amazon.com for $29.99 which includes not only the letters but codes for all three apps and a cloth bag to keep the letters in for safe storage.
This is a home run for Tiggly as a company and a great buy for any parent who would love to turn their child's screen time into a helpful learning tool. Great job guys we cannot wait to see what you are going to come up with next!
We were given this product for review however all opinions are our own! If we do not like it we do not write an it.